Electric Scooters and their Terms of Use: Renter Beware 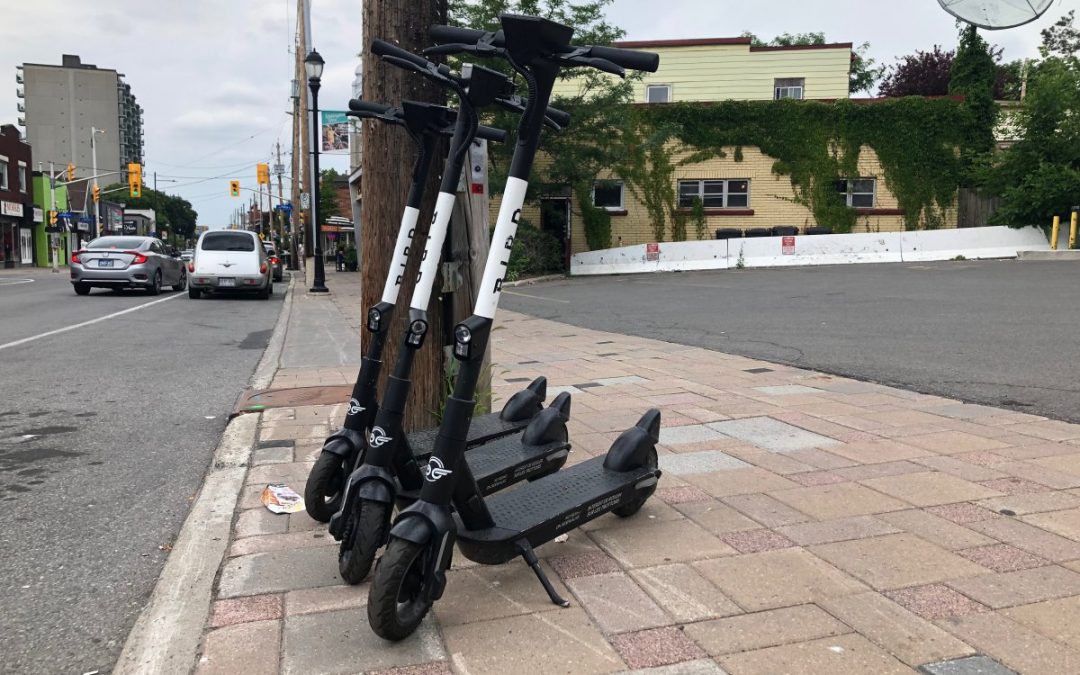 If you have spent any time in downtown Ottawa lately, you will have noticed a new type of public transportation that has appeared on the streets.  Three operators – Bird Canada, Lime, and Roll – are bringing up to 600 shared e-scooters to the City’s pathways, bike lanes and streets. The scooters are scattered across the downtown core and can be located through GPS mapping. And while their appearance on our streets may be a blessing to some (young people, for instance) or a curse to others (taxi and Uber drivers come to mind), their use does raise legal issues that will find their way into our courts. Some of those legal issues will be addressed below and in further articles and blog posts in the future.

Like other forms of transportation, the use of an electric scooter presents a real risk of injury, and it is inevitable that scooters will be involved in accidents, either with other vehicles or pedestrians. And it is also inevitable that some of these accidents will result in serious injuries and legal claims for compensation.

In any personal injury claim, the injured party will want to pursue any party who might have contributed to the accident. And since there will certainly be cases where the design or the maintenance of the e-scooter might have played a role in the accident, plaintiffs and their counsel will want to preserve any rights of action they may have.  In this connection, users of e-scooters and their lawyers will want to pay attention to the terms of service that are agreed to as a condition of using the e-scooter in the first place.

When a user first signs up for the app and creates an account, they will be asked to accept the terms of service. Once the appropriate box is checked off, the new user acknowledges having read, understood, and accepted the terms of service, whether they read them or understood them at all. When faced with paragraphs of small print and legal language most people will skim the contents or stop reading altogether. But the terms of service may have a huge impact on one’s legal rights in case of injury, and may include terms that limit liability, or which restrict access to the courts in the event of a dispute. The Ontario courts have upheld limitation of liability clauses in the past, but it remains unclear how clauses in e-scooter terms of service will be treated.

Some e-scooter companies are including sections in their terms of service that require any legal dispute be dealt with through arbitration, rather than through the courts. This kind of language is being employed more and more by large corporations to limit or decrease the potential liabilities of providing goods or services, usually to the detriment of consumers. Essentially, consumers are stripped of their right to pursue civil claims through the justice system and are forced instead to use an arbitration procedure that usually favors the corporate interests that have established it. Some terms of service also include provisions that would limit the availability of class actions as a potential remedy, which again favors the corporate interests and amounts to a disadvantage for consumers.

Although some e-scooter companies include “opt-out” clauses in their terms of service, so consumers can elect to maintain their right to sue, such clauses typically require that written notice be provided within a few days or weeks following the use of the e-scooter, during a period when a seriously injured person would be focused on their recovery and may not even be able to take the steps necessary to protect their legal rights. In the end, any one injured while using an e-scooter, or anyone injured by someone who was using an e-scooter, should consult a lawyer at the earliest opportunity.  Most lawyers offer free consultations, and there can be critically important time limits with respect to bringing a claim or giving notice that a claim will be pursued.

We will be providing more information about e-scooters and the legal issues surrounding their use in the coming months. In the meantime, if anyone you know has been injured in an accident involving an e-scooter, urge them to contact an experienced Ottawa personal injury lawyer as soon as they can.