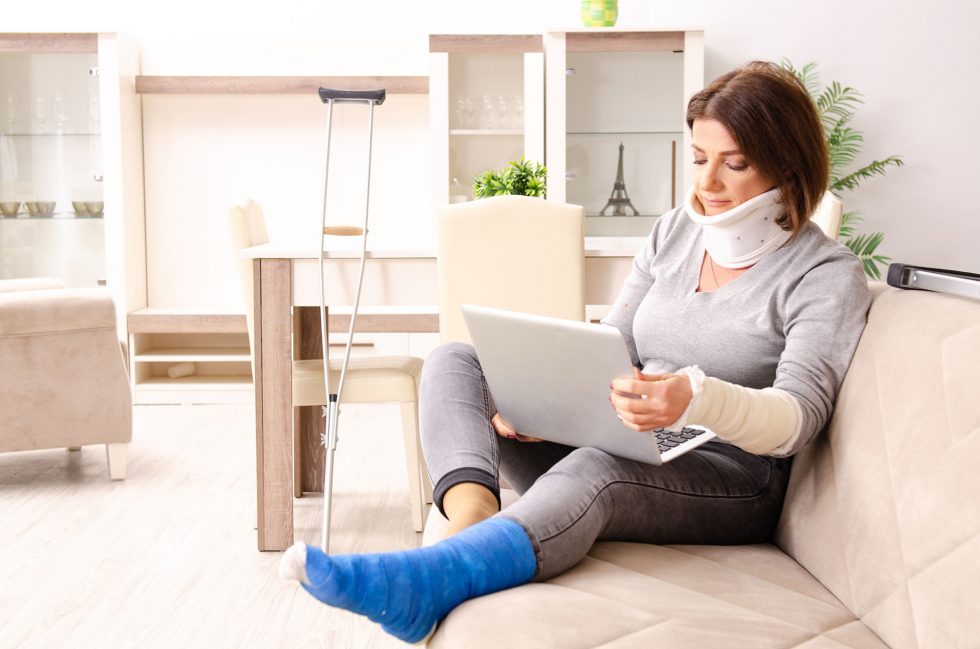 Whiplash injuries are caused by the rapid acceleration and deceleration of the body as a result of an impact.  For example, if a driver is waiting at a red light when her vehicle is hit from behind, she will be thrown forward in her seat, and then backward after she is restrained by the seatbelt. The rapid acceleration and then declaration cause a whip-like effect, and the forces that are experienced by the neck and upper back can be very severe.  Sometimes whiplash injuries are very minor, and the strain or sprain resolves in a matter of weeks.  But sometimes, and all too often, serious neck and back injuries arise from the whiplash, the injured accident victim struggles with neck and back pain, shoulder pain, or headaches for months or even years. Some whiplash injuries include traumatic brain injuries, which can occur without an actual blow to the head and without any loss of consciousness.

There are a number of factors that can affect the seriousness of the injuries suffered in a rear-end or other collision resulting in a whiplash injury:

This is just a partial list.  It is clear, though, that it is impossible to tell whether someone suffered a serious injury just by looking at the damage to the vehicle(s) involved in the collision. Many people have suffered serious injuries, and indeed permanent injuries, in accidents where the damage to the vehicles was minor or even non-existent. If there was an impact, then force was transmitted to the driver and passengers, and depending on a number of factors, that force could be enough to produce a real injury. And once someone is suffering from an injury, there are a number of factors that could affect how quickly they recover and whether they go on to suffer from serious or permanent impairments.

One thing is clear, if someone is involved in an Ottawa car accident, and has suffered an injury, they may have a claim for compensation against the at-fault driver(s).  Injured accident victims should not assume they have no claim because it’s “just whiplash”, or because the damage to the car was very minor.  If symptoms of whiplash persist for even a few weeks after an accident, there is some risk that the problems could worsen and even become permanent. That is why people should consult an experienced personal injury lawyer sooner rather than later.

There are several symptoms associated with whiplash. Some of them are:

Whiplash injuries can be very serious and often result in permanent and serious limitations and impairments. Unfortunately, a significant percentage of accident victims suffering from Whiplash Associated Disorders (WAD) injuries, go on to develop one or more of the following problems:

The Ottawa personal injury lawyer at McNally Gervan have years of experience handling claims on behalf of individuals suffering whiplash injuries and recovering from car accidents. We can help you get access to the benefits you are entitled to and to help you recover.  And we can get fair compensation for you and your family for those losses and damages caused by the at-fault driver.  Call or send us a message through our website for a free consultation and case evaluation.